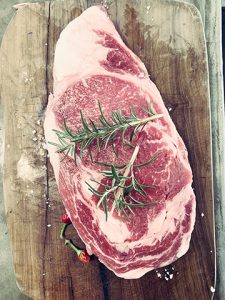 If you’re eating a caveman diet, you may be eating a primal diet. But you also could be following a Paleo diet. Both are similar and linked to the way people ate before farming was developed and long before the world was industrialized. What’s the difference between the two? The differences are small. A Paleo diet doesn’t allow milk or milk products at all, but primal diets do. However, those products have to be in raw form. A second difference is the elimination of coffee, alcohol, dark chocolate and members of the nightshade family, like tomatoes or bell peppers. The primal diet allows them. You might say the primal diet is for the “slightly more advanced” caveman.

Sugar and simple carbs are “no-no’s” in the primal diet.

Just think of the thinks Carl the Caveman didn’t have. He didn’t have refrigerators, processed food or a Burger Quickie down the street. Carl never would have been able to buy Ramon noodles or grab a bowl of ice cream out of the freezer. Anything highly processed or ready to heat and serve isn’t on the primal diet. However, that doesn’t mean you can’t eat frozen vegetables and fruit, as long as they contain no other additives. You can also have honey and maple syrup, both of which Carl might have eaten. Gran products aren’t on the list and neither is granulated sugar or refined vegetable oils.

What your ancestors ate set the stage for what your body processes more easily.

You don’t have to go too many generations back to find we’ve increased our consumption of sugar. Sugar was originally considered a medicine, and few could afford it. It then became more accessible and by 1700, the average consumption for developed nations was 4 pounds a year. That amount grew tremendously by 1915, Americans consumed approximately 20 pounds a year. Today the average American is consuming156 pounds every year. That’s a huge difference from what the caveman ate or even from what great-great-grandma and grandpa had at the supper table. That’s one huge difference and why sugar is eliminated.

Your body developed eating these whole foods, but food has changed dramatically over the past few years.

Evolution takes time, but most of the fast foods have occurred in the last three generations. That’s why the primal diet focuses on foods that man ate in early times and are genetically predisposed to consuming. It’s not that hard to figure out what to eat. Fresh fruits and vegetables, even frozen ones are allowed. Grains aren’t, except, unlike the paleo diet, quinoa and wild rice are.