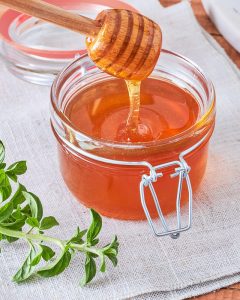 If you’re vegan, you avoid animal products, such as milk, eggs, meat and any products made from animals. Some vegans differentiate animal and insect products, allowing the second group, which includes honey. Others consume honey in their diet. So, what are the reasons for avoiding this sweet treat? Honey is viewed as non-vegan by some because it’s from a farming source. Just like other types of farming, it’s exploiting living entities, which are bees in this case.

How are bees exploited?

Farming is a commercial enterprise, which means the goal is to make a profit. Vegans often view the farmers as exploiting the work of the bees and use practices that aren’t considered ethical. For instance, bee farmers often replace the queen. While the queen does this naturally, usually in the spring, farmers do it before this occurs to keep up production. It takes time for the new queen to emerge and in the meantime, worker bees age and die and new ones aren’t created. By taking control of the process, farmers ensure a steady flow of honey.

Some vegans feel bee farming harms the health of the bees.

When bee farmers take the honey, they’re taking the bee’s food. Honey has all the essential nutrients and calories that bees need to survive. It’s filled with amino acids, natural antibiotics, carbs and antibiotics. Bees have to eat, so farmers replace that honey with high fructose corn syrup and/or sucrose. That can provide calories, but not all the benefits of honey. In fact, there’s scientific evidence that it may negatively affect the immune system and even cause change at the genetic level that diminishes their protection against pesticides.

If vegans don’t eat honey, what do they use as sweetener?

There are several plant based options, but none of them include the white granules often found in the cupboards of homes across America. Why? Sugar is from plants and fine to consume, up to the point of refinement, where the sugar is pushed through a massive filter that’s created from bone char—the burnt bones of animals. It removes not only the color, but also the nutrients in sugar. Instead of table sugar, vegans often use maple syrup, molasses, barley malt syrup, brown rice sugar or date syrup