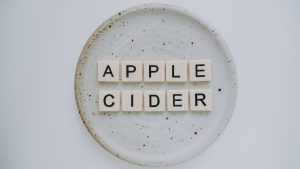 No matter where you live in the US, whether it’s Baton Rouge, LA, Dallas TX, or in the Northwest territory, staying healthy has become more of a focus. Most people realize that diet and exercise play an important role in preventing many conditions. Some foods seem to be miracle foods, since they provide the body with the nutrients and phytonutrients it needs. Apple cider vinegar—ACV, which has been used for centuries for many conditions. Today, science has proven it beneficial, for a number of conditions, but is improving cholesterol one of those?

The acetic acid in ACV provides some benefits, but so does the antioxidants.

When you ferment crushed apples, it creates vinegar that contains acetic acid. That acetic acid balances the pH, helps relieve acid reflux and heartburn, but can also damage tooth enamel. However, ACV also has many other nutrients, including probiotics and antioxidants. One 12-week study put two groups of people on a low calorie diet. One took a placebo with the diet and the other took ACV. Not only did the group taking ACV have more weight loss, they lowered total cholesterol and triglycerides, while increasing good cholesterol levels.

An animal study showed that a group given the acetic acid had less fat deposits and a higher metabolism than the animals that weren’t given it. In fact, a side effect that wasn’t expected was increased activity, which not only burns calories, but also helps regulate cholesterol levels. It was the acetic acid in the ACV thought to be responsible for this occurrence.